Objectives: observational, cross-sectional and longitudinal studies have evidenced that obesity rates and associated complications such as type 2 diabetes, dyslipidemia, liver steatosis and cardiovascular events are continuously rising as a health burden with increasing costs. In this context, subjects elicit variable responses to the dietary intake depending on phenotypical and genotypical factors whose understanding is helping to provide Precision Nutrition management.

Nutriomics offer a huge prospect to feature and assess the variety in the reactions to diverse nutritional therapies as well as for medical applications. Research on candidate genes together with Genome Wide Association Studies (GWAS) and meta-analyses of GWAS have characterized a number of polymorphisms associated with cardiometabolic and liver related adverse features, while nutrigenetics is involved in the recognition of genediet interactions, putatively explaining phenotypical differences accompanying food and dietary consumption.

In addition to discover differences associated to the genetic make-up, transcriptomic strategies measuring mRNAs levels have found that the energy intake plus nutrient contents and quality could affect the expression of genes involved in fuel intermediate metabolism, insulin signalling, lipid turnover, and inflammation in different organs and cells such as liver and adipose tissue . Further studies have revealed the occurrence of epigenetic processes (mainly DNA methylation, covalent histone modifications and miRNAs) that may modulate gene functions and participate in nutrition-related diseases and personalized differences.

The investigation of newer metabolomic biomarkers is essential to progress in the evaluation of patient’s metabolic dysfunctions and unhealthy conditions, which will enable to better define health and disease statuses and discriminate responders from non-responders to a given nutritional prescription. Also, metagenomics researches have demonstrated that lifestyle factors such as diet or physical activity can impact intestinal microbiota composition, with possible influence in body weight homeostasis/maintenance, type 2 diabetes, cardiovascular or liver diseases. Integration in the near future of omics data into Precision Nutrition will allow the implementation of personalised nutritional treatments to prevent and manage chronic diseases and to monitor the individual’s response to novel therapeutical interventions. 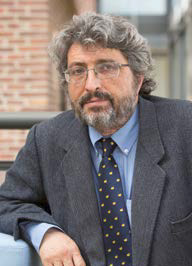 Prof J.Alfredo Martínez holds a PhD Nutrition being also PharmD and MD. He is coIP and has been  involved in several landmark intervention trials such as DIOGENES, SEAFOODplus, NUGENOB, FOOD4ME and PREDIMED  whose results have been published in the most relevant medical and nutritional journals including NEJM, Lancet, Nature, BMJ, AJCN, Obesity, IJO, JCEM, Diabetology, Trends in Immunology, TIPS, IJO, Cell Metabolism Circulation, etc producing so far more than 20.000 citations. Prof. Martínez has supervised more than seventy PhD students and published more than 600 peer review papers in the areas of Obesity and Nutrition, including precision nutritional omics (H Factor > 60); He has en president of FESNAD and is currently president of ISNN as well as president elect of the International Union of Nutritional Sciences (IUNS) and has been recipient of several important awards including ipocrates and Dupont prizes. During his scientific career, Prof. J. Alfredo Martínez has enjoyed training or invited stays at Nothingham, Berkeley, MIT, Harvard, Oxford and King College London as well as being reviewer for different EU Committees and Spanish Organizations such as AECOSAN.

Iñaki Milton Laskibar was graduated in Human Nutrition and Dietetics in 2013 at the University of the Basque Country (UPV/EHU), where he coursed the Nutrition and Health University Master in 2014. From 2014 to 2018 he carried out his PhD project in the Nutrition and Obesity group in the same university, defending his PhD thesis in December 2018. His research has been focused on studying the effects of bioactive compounds (polyphenols) in different metabolic diseases such as obesity, dyslipidemia, hepatic steatosis and diabetes/insulin resistance. After being awarded with a Juan de la Cierva Formación fellowship, he joined IMDEA Food Institute in January 2021 where he is working as a postdoctoral researcher in the Cardiometabolic Nutrition Group lead by Prof Alfredo Martínez. 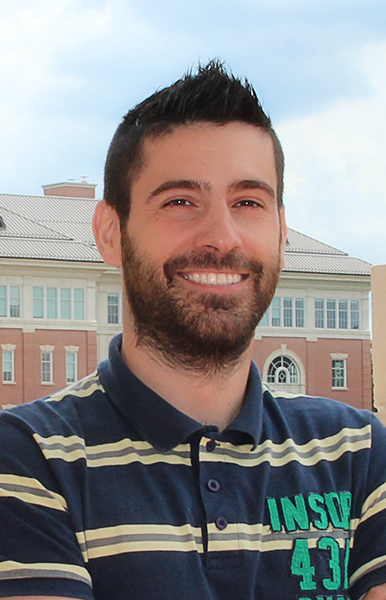 Rodrigo San Cristóbal has developed his research focus on the efficacy of different aspects concerning Precision Nutrition. He developed his PhD in Food Science, Physiology and Health at the University of Navarra, framed within the Food4Me project funded by the 7th European Research Framework, which aimed to explore challenges and opportunities of personalised nutrition in order to deliver new scientific tools for the exploitation of dietary, phenotypic and genotypic data in the delivery of personalized nutrition through an online intervention in seven European countries. His research includes articles with reference to the impact of dietary patterns on weight status, the development of a questionnaire towards self-reported perception of healthy eating behaviour, the association between the genetic background and dietary habits, and epigenetic marks related to obesity, among others.

Victor Micó holds a PhD in Biology in 2019 by Autónoma University of Madrid (UAM). He also studied a Master in Clinical Trial Monitoring and Pharmaceutical Development (2020), a degree of Food Science and Technology (2013), a Master in Nutrigenomics and Personalized Nutrition (2011) and a degree in Human Nutrition and Dietetics (2007). His PhD developed at IMDEA Food Institute studied the effect that diet, or different food and its bioactive compounds could have in epigenetic regulation (specifically microRNAs) of nutrient sensing pathways in a context of aging and cardiovascular disease in humans. His present research is focused in the study of relationship between dietary, phenotypic and genotypic data in the delivery of personalized nutrition. In December 2020, he joined to the Nutrition and Cardiometabolic Health Program under the direction of Prof. José Alfredo Martínez

Technician Doctor of the Laboratory

Judit Gil Zamorano has a degree in Biotechnology from the Universidad Complutense de Madrid (2011). In 2012, as part of IMDEA's Starts program, she participated in the study of the mechanisms by which the consumption of DHA reduces the risk of cardiovascular diseases, trying to show whether the beneficial effect of DHA could be partly modulated by microRNAs. She is a Senior Technician in Clinical Diagnostic Laboratory and in 2014 she made a stay in the Laboratory of Spirochetes and Special Pathogens (National Microbiology Center, ISCIII) where she learned the techniques for the microbiological diagnosis of infections by bacterial pathogens transmitted by arthropods. Since November 2014 he has been developing his doctoral thesis as a member of Dr Alberto Dávalos' Epigenetics of Lipid Metabolism group at IMDEA Food. Her research objectives include the study of the role of non-coding RNAs (ncRNAs) in different biological processes associated with lipid metabolism and cardiometabolic diseases; the search for mechanisms of gene regulation in the enterocyte through ncRNAs, especially microRNAs as well as their role in intercellular communication between the intestine and other tissues, in physiological and pathological conditions in order to address new therapeutic perspectives. She has recently obtained the PhD title from the Complutense University of Madrid (September 2020).